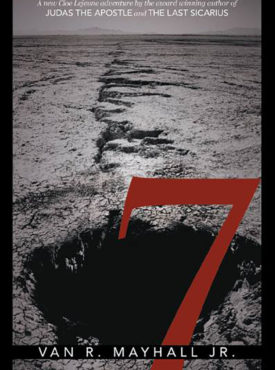 Cloe exhaled deeply as she thought about the translation of the most obscure section of the most important document ever unearthed in the history of man. My God, she thought, the prophesy of Christ, Himself, on the defeat of evil. This is the core of the journal. It was as if her entire life’s work was now laid bare before her. But what was it?

“Albert,” she said as the static crackled over the phone. “What does it mean?’’

“Cloe, all I can tell you is what the monks told me when they called to give me the translation,” responded the Monsignor.

“What did they say, Albert?” asked Cloe.

“They said we can tell you what it says but somebody will have to tell us what it means.”

“I think I have an idea or two,” said Cloe, thoughtfully. “How soon can you be here?”

“Sky is waiting at the airport for us now,” replied the Monsignor. “If you are where I think you are, it will be several hours.’’

“Albert, I will need you, J.E. and the Curator along with as many of the Swiss Guard as you can muster,” said Cloe. “This will be a fight much worse than Masada. I need you to tell Captain Jacobs we will need him and his people as well.”

“But Cloe, where are we going?’’ asked the Monsignor.

Van R. Mayhall, Jr. is the senior partner in a Baton Rouge, Louisiana, law firm where he practices corporate and business law and handles selected litigation. Born and raised in Baton Rouge, he was educated at Louisiana State University and Georgetown University. He and his wife, Lorri, have three grown children and enjoy boating on Lake Pontchartrain.